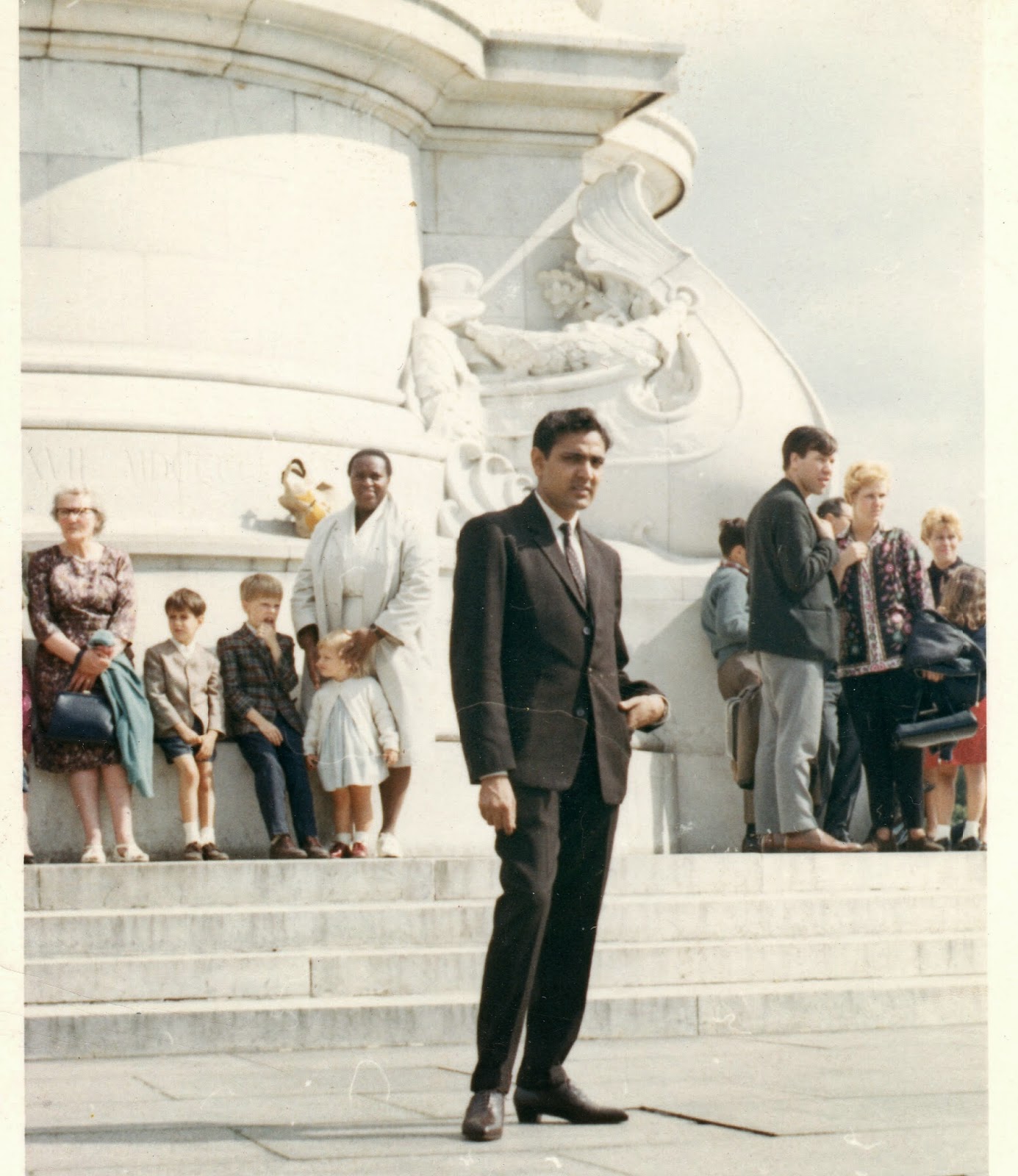 Sudesh, the second eldest of four siblings, was born in Sheikhupura, India, which would become part of Pakistan when Pakistan was created. He and his family migrated to the Indian side during the violent and tumultuous partition of India and Pakistan. During his early childhood, Sudesh and his family lived in refugee camps and then in a room without running water or electricity. During this time Sudesh suffered from the illnesses of poverty and overcrowding, including smallpox. His family settled in Delhi and over time his father developed a business in the paper industry and eventually found financial success. From an early age, Sudesh enjoyed reading and learning. Despite his mother having received only 6 months of formal education herself, she was an important advocate for her children’s education. All four children achieved at least a bachelors, one obtained a doctorate degree and two others obtained masters degrees.
Education 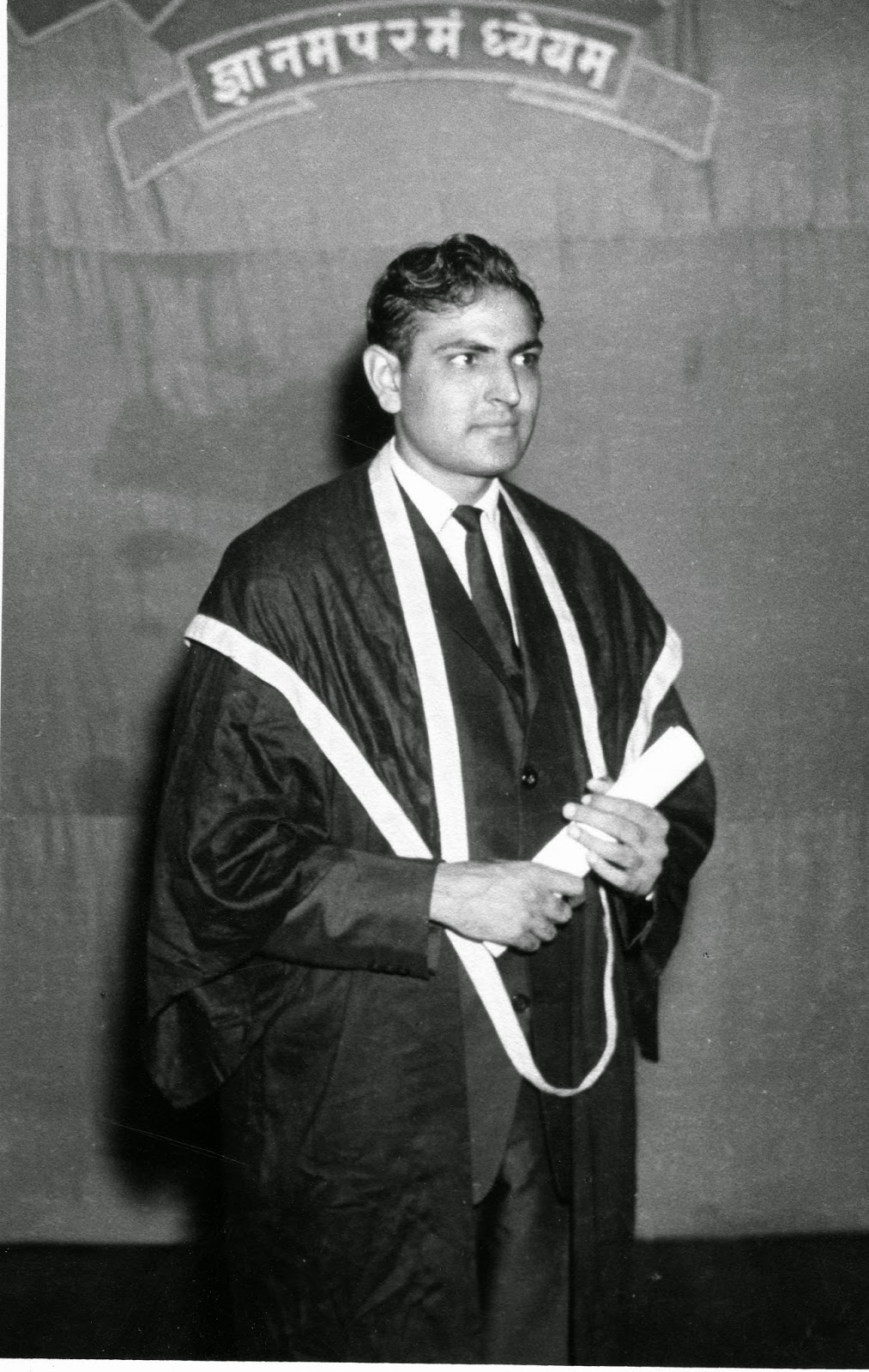 Sudesh was one of a select 5% awarded a merit scholarship to Bombay India Institute of Technology (view the 60 Minutes special about IIT). He earned a bachelors degree in Electrical Engineering from IIT and his Masters Degree (MSEE) from Carnegie Mellon University in Pittsburgh.
Early Career
Sudesh worked for Gulf Research and Development Company, where he was granted design patent and went on to develop a sophisticated sulfur analyzer which won the company the coveted IR-100 Award from Industrial Research magazine as one of the 100 most significant developments of the year. This was Gulf’s first IR-100 award in more than 20 years.
In 1968, Sudesh relocated to California where he worked for a short period at the company that would eventually be known as NATEL EMS. He saved his money and went to work building his own business much like his father had done. 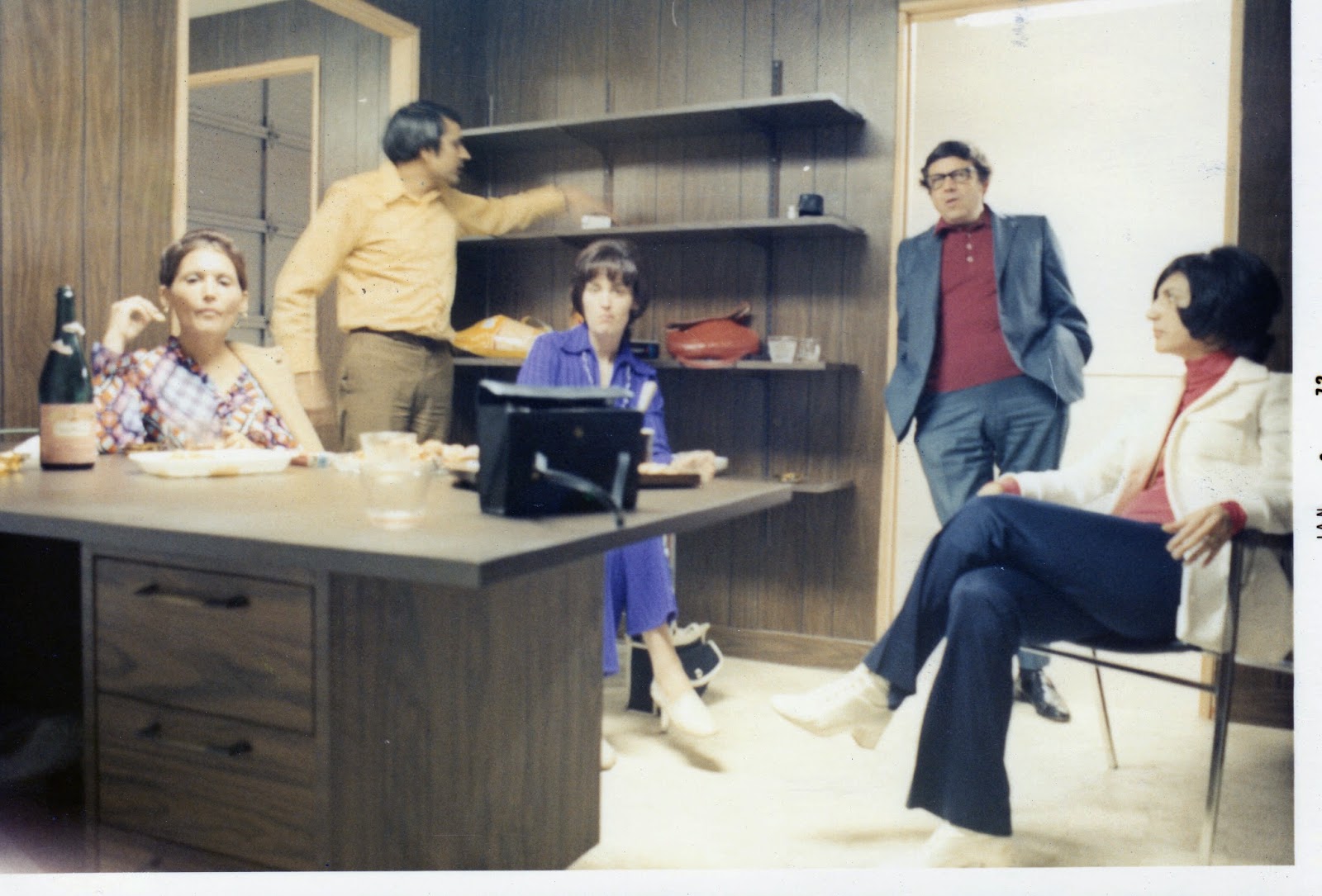 Career – NATEL 1975 to 2000
In 1975, Sudesh, along with William Scharf, bought NATEL out of bankruptcy and created a new business.
In 1981, Sudesh bought out his partners’ shares to become sole owner. Through his expertise, the company became a leader in design, development and manufacturing of complex, high-end electronic, microelectronic and synchro conversion products. He implemented a sales team to sell NATEL standard products throughout the world.
In the late 1980s, the Department of Justice began an investigation after an employee accused NATEL of falsifying test data. After nearly 6 years of scrutiny, the DOJ could not find fault, but by that point millions of dollars of business left NATEL to avoid the negative publicity. In 1993, Sudesh had to enter a guilty plea to end the investigation and start rebuilding his business.
His efforts to grow were hampered again in 1994 when a significant earthquake devastated his business. Once again, Sudesh focused on rebuilding and began shipping parts within 3 weeks using temporary facilities.
The 1990s were not only notable for struggles. Sudesh led NATEL through several synergistic acquisitions that moved the company into new products and packaging technologies. He also wisely mitigated risks against the wireless boom and bust that afflicted so many other microelectronics companies.
Career – NATEL 2000 to 2013 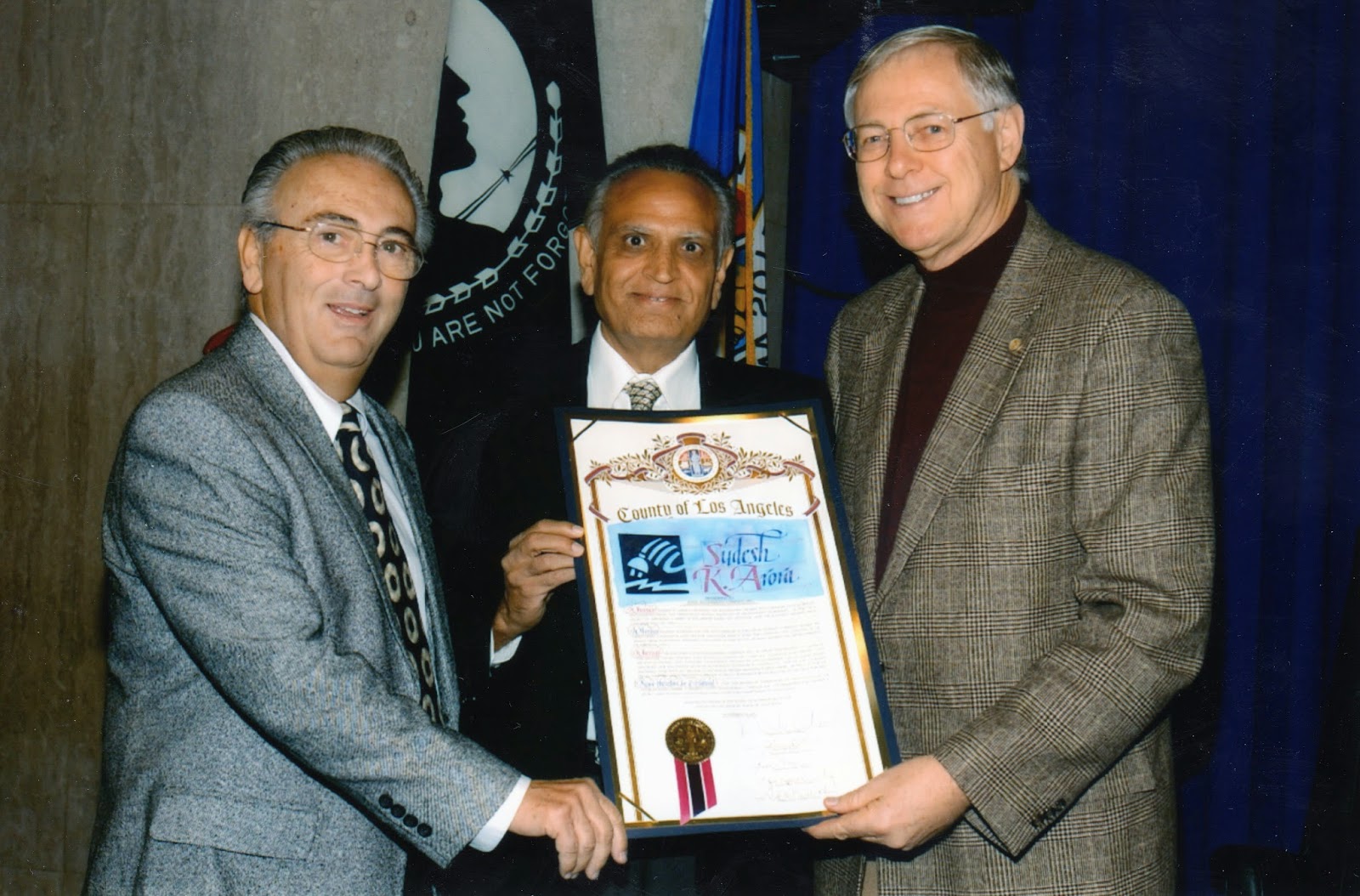 In 2000, Sudesh’s leadership led to NATEL being awarded the Raytheon Microelectronics Outsource contracts. He pivoted NATEL away from standard products and towards contract manufacturing. In 2003, based on the success of the 2000 divestiture, Raytheon nominated NATEL and Sudesh for the US Small Business Administration’s Regional Subcontractor of the Year Award.
In 2007, Sudesh spearheaded the acquisition of Raytheon divested equipment and related assets associated with the manufacturing of certain microwave integrated circuits (MICs) from the Space and Airborne Systems (SAS) unit of Raytheon Company (located in El Segundo, California). The MICs are used in SAS Tactical Radar and Electronic Warfare products. Concurrent with the acquisition,  NATEL and Raytheon entered into a long term exclusive supplier agreement for the MICs as well as a preferred supplier agreement for related MICs. The agreement is a positive development for both parties, with SAS divesting a non-core product and NATEL strengthening its position as a RF/Microwave manufacturer.
Career – NATEL 2013 to Present
In October 2013, when most people in their late 60s would consider retiring, Sudesh decided to roll the dice and buy a company nearly three times larger than NATEL. The acquisition placed NATEL among Tier 2 EMS providers and complemented the existing microelectronics business.
Sudesh has been enjoying the integration process and pushing the business to new levels.
Many innovative capabilities have been added to NATEL’s product line during Sudesh’s tenure, and comprehensive management controls have been implemented. The success of these changes has been illustrated by the company’s continuous, profitable growth and recognition as a formidable, world-class microelectronics manufacturing company.
Charitable Work & Personal Life 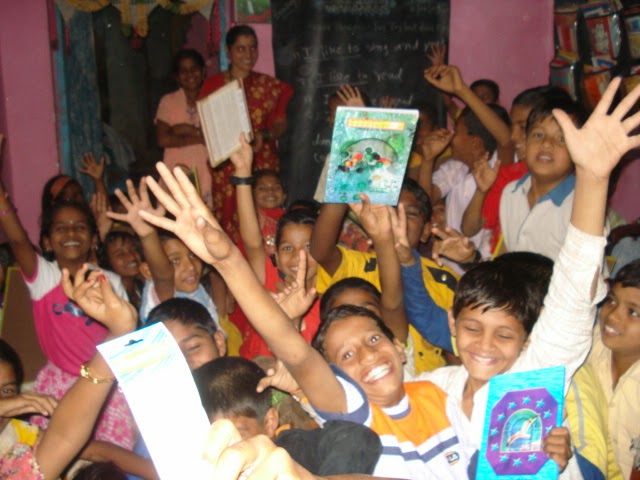 In 2006, he donated the NATEL’s Simi Valley building to California Community Foundation (CCF).
Sudesh serves on the National Board of Directors of Pratham USA, the largest educational NGO in India, with a goal of ensuring that every child in India receives a quality education. He first became involved with the organization in 2005, and has been an active in shaping their growth and vision. As a part of his involvement, he has donated heavily to the construction of schools, including DIL Kaisera School for Girls in Mandianwala, Pakistan, which is named after his mother, as well as the Pratham Arora Center for Education (PACE) Vocational Training Centers in six Indian cities: Aurangabad, Latur, Bapatla, Bhopal, Ralegaon, and Pilani. His vision is to boost literacy among the poor and then create more than one million jobs globally for people to apply their education. 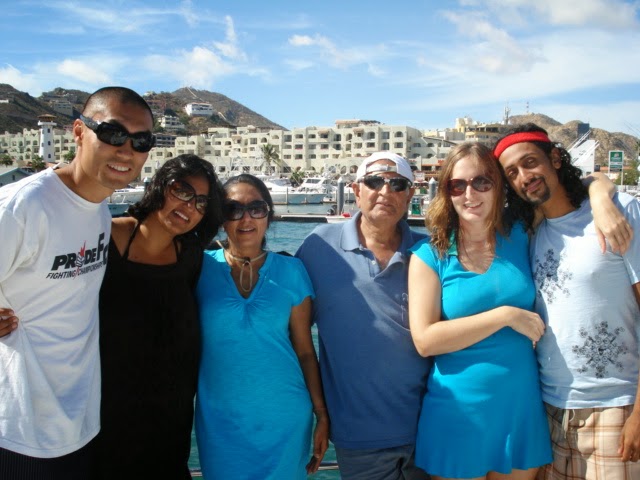 In 2009, Sudesh gave rent-free operation in Chatsworth, CA, to the Jennifer Diamond Cancer Foundation, which the foundation used to open a 15,000-square-foot facility to offer information, support groups and other programs for cancer patients and their families, as well as a video production facility and television studio.
Sudesh is a member of MENSA and enjoys spending time with his family, building his business, sailing, and wine (in that order).

Welcome to my page. I am an entrepreneur, CEO, philanthropist, sailor, & lifelong learner. Visit my About Me page to learn more about my journey. You can also follow me on twitter.

At NATEL's HQ in Chatsworth 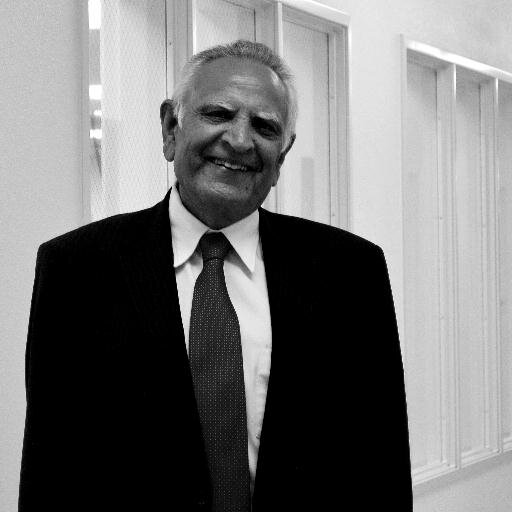